AS SILIKAAT – 110 YEARS. A domestic manufacturer of building materials with a long and dignified history

Few Estonian companies have managed to survive various political regimes, two world wars and a war for independence, and several generations of owners, surviving these transitions over the course of more than a century. AS Silikaat is one such company, and has accrued an illustrious history along the way.

Beginning of the 20th century

In 1880, German chemist Dr. Wilhelm Michaelis developed a technology that used autoclaves and high pressure to produce silicate bricks. Nineteen years later, this technology reached Estonia. In the spring of 1899, businessman Martin Böckler purchased a 76 500 m² property at the site of today’s Järve Keskus in Tallinn, to build a factory. The main raw material needed for the production of silicate bricks, sand, was found nearby in plentiful amounts, and there was also no shortage of the other necessary raw material – there were several lime factories nearby. However, the onset of an economic crisis halted Böckler’s plans, and the new factory did not start production.

By 1910, the economic situation had stabilized, and the factory had changed owners. Thus, 1910 was the beginning of the production of silicate bricks in Estonia, when the new owner, businessman and engineer Oskar Amberg, opened the O. Amber & Ko silicate brick factory.

The factory did well, its 15 workers producing 2.5-3 million bricks annually. There was plenty of demand. The construction of the Peter the Great naval fortress has just begun, and large quantities of silicate bricks were needed for a number of its special-purpose facilities. As bricks were needed for shipyards and a military port, the Russian military became one of Amberg’s main customers. The Estonia theatre building, built of silicate bricks, was completed in 1913. Amberg himself was also a member of the board of the Estonia private limited company.

After World War I

The factory stopped operating due to World War I in 1916. However, in 1923 the factory resumed production, now as part of the Silikat private limited company. In the 1930s, the factory had more than 40 workers and produced 7.5 million silicate bricks annually. 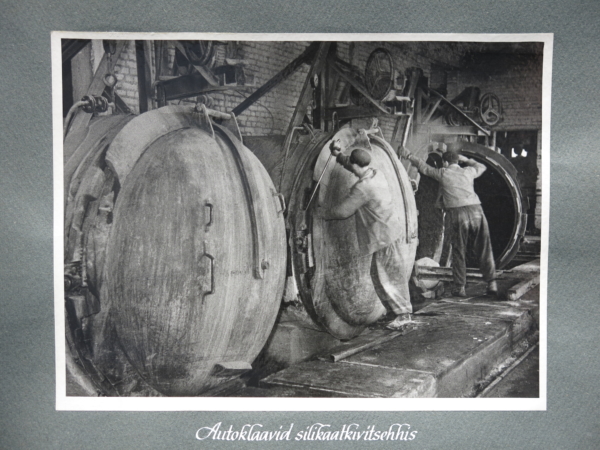 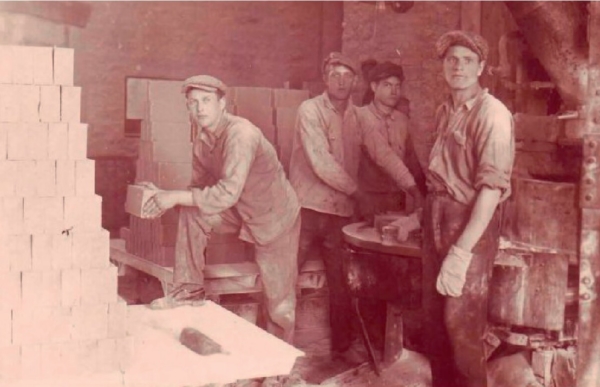 Silikat was nationalized in 1940 and merged with the silicate stone factory Kvarts, which had started production in Männiku in 1937. At its most productive, the factory operated in three shifts and most of its bricks went directly to other union republics by railway, the tracks of which began in front of the factory’s door.

Major developments took place in the 1950s – technology used was improved, production was expanded, and factories were reconstructed. The extraction of sand at the Männiku quarry began in 1953, and a new building materials factory was opened in 1958. Now annual production reached 150 million silicate bricks, including the first experimental Silicalcite blocks.

The 1960s and 1970s were marked by new production lines. The factory began to produce plaster partition boards and ruberoid. A rubber linoleum department, Estonia’s only flooring production unit at the time, also opened. In 1973, the Männiku and Silikaat factories were merged into one production group, and thus a large enterprise was formed with 1,800 employees. However, the main product remained silicate brick.

The restoration of Estonian independence marked the end of socialist large-scale industry, and the Silikaat production group became a state joint-stock company. It was privatized in 1995 by businessman Vello Kunman, and the traditional production of silicate stones and dignified history of the company continued under the name of AS Silikaat.

Today AS Silikaat is one of 33 domestic companies belonging to the Silikaat Group. Over the years, AS Silikaat has contributed to product development, thereby expanding its product portfolio and fields of activity. The company owns three quarries on 400 hectares in the Tallinn region and mines elsewhere in Estonia. Today, the company’s fields of activity include the production of construction materials (silicate bricks, silicate blocks, dry mixtures, dry sand) and the extraction of natural sand (both construction and aggregate sand).

AS Silikaat supplies construction sand to many important government construction and infrastructure projects, and its sieved dry sand is used by Estonia’s largest thermal power plants. Its products are also exported to Scandinavia and the other Baltic states.

Since 2013, the company’s quality and environmental management system has been certified in accordance with ISO 9001:2015 and ISO 14001:2015 standards, which shows the high quality of its production, efficiency, and overall, and its contribution to the environment. The Männiku extraction area is home to several rare protected species, such as the natterjack toad and sand lizard, along with the black woodpecker, woodlark, and little ringed plover. In cooperation with scientists, all the necessary conditions are being created for the preservation of these habitats: 7.5-kilometer-long running paths have been created in the sand quarries for the protected sand lizards, and ponds have been made for the natterjack toads in cooperation with experts. The Männiku quarry is the northernmost place in the world where you can hear natterjack toads singing on spring evenings, which more and more nature lovers come to experience every year. TalTech’s Department of Geology awarded Silikaat with The Environmental Deed of the Year Award for creating Estonia’s first sand lizard running path.

The Silikaat team values the importance of nature, and in making exhausted quarries safe for visitors. This is made especially difficult thanks to explosives the Soviet army left in the area now used for the Männiku quarry. In cooperation with the Rescue Board, thousands of explosives have been found and disposed of in recent years.
We wish to ensure everyone free access to the Männiku forest and lakes and want people to be able to spend time there safely and comfortably – whether soldiers being trained, bikers, dog trainers, fishermen, or swimmers.

The history of AS Silikaat parallels the history of Estonian industry and business in general. The knowledge and experience gained over 110 years help us to make prudent and thoughtful decisions and are a strong foundation for building the company’s future.