Estonian producer of construction materials since 1910 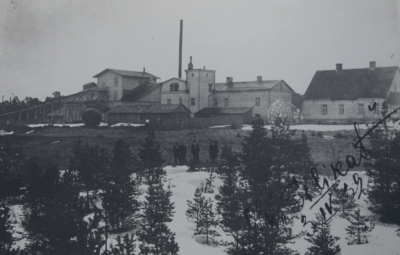 There are not many companies in Estonia, the history of which would involve different political regimes, two World Wars, the War for Independence and several generations, moving from one century to the other.  AS Silikaat is such a company with very dignified history.

In 1880, the German chemist Dr Wilhelm Michaelis developed the technology for producing silicate bricks at high pressure in an autoclave. 19 years later the technology had arrived to Estonia – in the spring of 1899, businessman Martin Böckler bought a lot of 76 500 m² to build a factory in Tallinn, at the location of the modern Järve Keskus. There was plenty of the main raw component of silicate bricks – sand – here and also enough of the other essential raw material – there were several lime factories nearby. The recession however caused Böckler’s plans to fail and the new factory never made it to production.

The factory did good and produced 2.5 – 3 million bricks a year while employing 15 workers.  There was enough demand for the stones. Peter the Great’s naval fortress was being constructed and its many special function constructions required large quantities of silicate bricks; also shipyards and the naval port – the Russian army became one of the main customers of Amberg’s factory.  The Estonia theatre building built of silicate bricks was completed in 1913.  Factory owner Oskar Amberg also belonged to the board of the company of Estonia.

The factory suspended its operations in the whirlwind of the First World War in 1916. But in 1923 the factory reopened under the name of private limited company Silikat.  In the 1930s, the factory had more than 40 employees and produced more than 7.5 million silicate bricks per year.

Before and after the World War, many persons with important roles in the history of Estonia have been involved in the factory.  The factory’s owner Oskar Amberg was, in addition to being a member of Estonia’s board, also a member of the parliament and held three minister positions – the Minister of Work and Social Welfare, the Minister of Roads and the Minister of War.  The technical director of the factory reopened in 1923 was one of its shareholders – Leopold Tõnson, a recipient of the Cross of Liberty, former of national military units and the head of the Kalevalased division of the Defence League. He was also a known Estonian sportsman, rower, light athlete and founder of the sports club Kalev. Also another major shareholder of Silikat is worth mentioning – philanthropist Karl Kaddak who was the owner of the largest lime factory in the Baltics located at Rakke and one of the richest people of Estonia at the time.

Silikat was nationalised in 1940 and joined with the public limited company Silikaatkivitehas Kvarts that had begun production in Männiku in 1937. During its most productive times, the factory worked in three shifts and most of the goods were directly sent to other Soviet states via the railway that begun from the doors of the factory.

There were great developments in the 1950s – technologies were improved, production expanded and factories reconstructed. Extracting sand at the Männiku quarry began in 1953 and the new construction materials’ factory was opened in 1958. Now the annual production reached 150 million silicate bricks. Also the production of silicate blocks was being tested.

The 1960s and 1970s were spent opening new production lines. The factory begun making bitumen and plaster partition plates. A PVC line was opened and it was the first and only flooring production unit in Estonia at the time. In 1973 the Männiku and Silikaat factories were joined into one production cooperative, which formed a large company with 1800 workers. The main product was still silicate bricks.

Estonia regaining its independence marked the end of socialist large manufacturing – the production cooperative Silikaat became a state company. It was privatised in 1995 by entrepreneur Vello Kunman and the production of traditional silicate stone and the company’s dignified history was continued under the name AS Silikaat.

In the 1930s, the factory had more than 40 employees and produced more than 7.5 million silicate bricks per year.

After the factory was nationalised in 1940, most of the production moved directly to other USSR states via railways, the tracks of which began at the door of the factory.

Mining sand at the Männiku quarry began in 1953.

Transport of main raw materials in the 1950s.

The increase in construction volumes caused by the industrialisation in the 19th century gave rise to a search for alternative construction materials. The first attempts to air-dry a mixture of sand, lime and water to create a uniform stone mass did not give a good result as the long drying period meant that the stone was not strong enough.

An important development was achieved in 1854 by German physicist Dr Bernhard with a wooden press of air-dried lime bricks. German chemist Dr Wilhelm Michaelis improved this method in 1880 and the technology to produce silicate bricks in a high pressure autoclave.

The factories are reconstructed, in 1953 mining for sand at the Männiku quarry begins

Männiku and Silikaat are joined into a manufacturing cooperative called Silikaat

New mining territories are obtained in other parts of Estonia

Our mission is to maintain historical core values and safe traditions, offering the most suitable construction materials for building long-lasting structures in the Nordic climate.

Our vision is to continue valuing the quality of life.

Today, AS Silikaat belongs, along with 35 other Estonian companies, to the Silikaat Group. Throughout the years, AS Silikaat has contributed to product development, thereby expanding its product portfolio and fields of activity. In the Tallinn region, the company owns four quarries on 400 hectares, but the company operates also elsewhere in Estonia.

AS Silikaat operates daily with the help of 23 good colleagues, each of whom is highly appreciated by the company, who in turn makes an effort to provide the employees with necessary support in the form of trainings and effective work equipment. We also highly value our cooperation partners and enjoy productive team-work, beloning to the Association of Construction Material Producers of Estonia and the Chamber of Commerce.

Throughout history and also today, the highest priorities for AS Silikaat have been quality and the environment, which is why we certify our quality and environmental management system once a year pursuant to the ISO 9001:2015 and ISO 14001:2015 standards. We have created and introduced an integrated management system, which has helped to join our employees into an integral team, where everyone has a voice and can make suggestions. We know how to listen, give feedback and are not afraid to ask.

We understand the wishes and expectations of our customers better. We now do more for the environment, because we actually care. The company’s processes involve more transparency, clarity, they are systematic and can be analysed. Our production processes are more effective and we can be sure that our products comply with quality requirements. In the future a certified management system is an important prerequisite for us to be able to participate in public procurements.

CARING FOR THE ENVIRONMENT

It is the principle of Silikaat AS to protect the envrionment in the best possible way, using our machines and equipment in a sustainable way, taking care of nature and standing up for the well-being of endangered species.

Category I, II and III protected species such as natterjack toad and sand lizards have been found at the extraction areas of AS Silikaat, along with habitats of the black woodpecker, woodlark and little ringed plover.

AS Silikaat has cooperated with scientists to establish all the necessary conditions for the habitats of such species to remain: there are 7.5 km of paths in the sand quarries for the protected sand lizards and ponds have been created for the natterjack toads in cooperation with species experts. It is a joy to see that according to the last census, the numbers of natterjack toads are rising. The Division of Mining of TalTech gave the Silikaat the environmental deed of mining award for the first running path for sand lizards in Estonia. 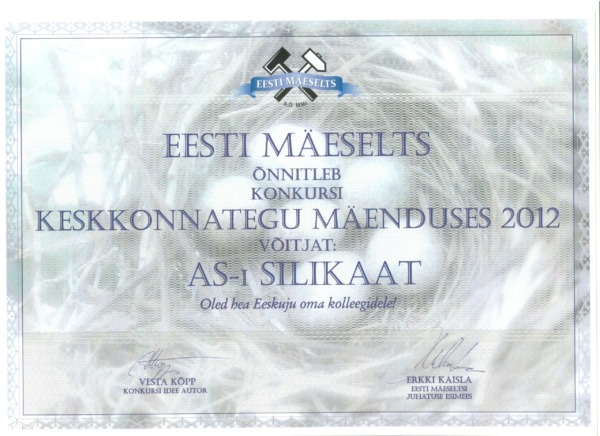 Silikaat’s staff does value nature, but it is also important for them that abandoned mines would be set in order and would be safe for people. Silikaat has also had to deal with a dangerous issue – explosives of the Soviet army at the Männiku quarry. In cooperation with the Rescue Board they have found and defused thousands of explosives. We wish to ensure everyone free access to the forest and lakes in Männiku and want people to be able to spend time there safely and conveniently – may they be soldiers at trainings, bikers, dog trainers, fishermen or swimmers.

Best sand for playing is pure and soft

What is the best sand for your children to play with? Read this article and find out.